Sminthurinus tuberculatus was described from two specimens collected in Province of Chubut, Lago Puelo, Argentina by Demare Deboutteville and Massoud, 1963. They were found under the bark of Nothofagus dombeyi trees. “The animal (Fig. 18) is very similar to Sminthurinus niger from Europe, but presents behind the large abdominal, on the median line, a thin, lighter area, revealing the yellow colour of the teguments. In some cases  the pigment is punctuated and much more uneven. Black pigment with brown highlights under certain incidences.”

On Marion Island, S. tuberculatus can be commonly found when beating Agrostis stolonifera tussocks, predominantly at coastal sites. It is a blueish-coloured species, distinguished from S. granulosus, by its larger size, large interocular bosses and a lack of clavate tenent hairs. 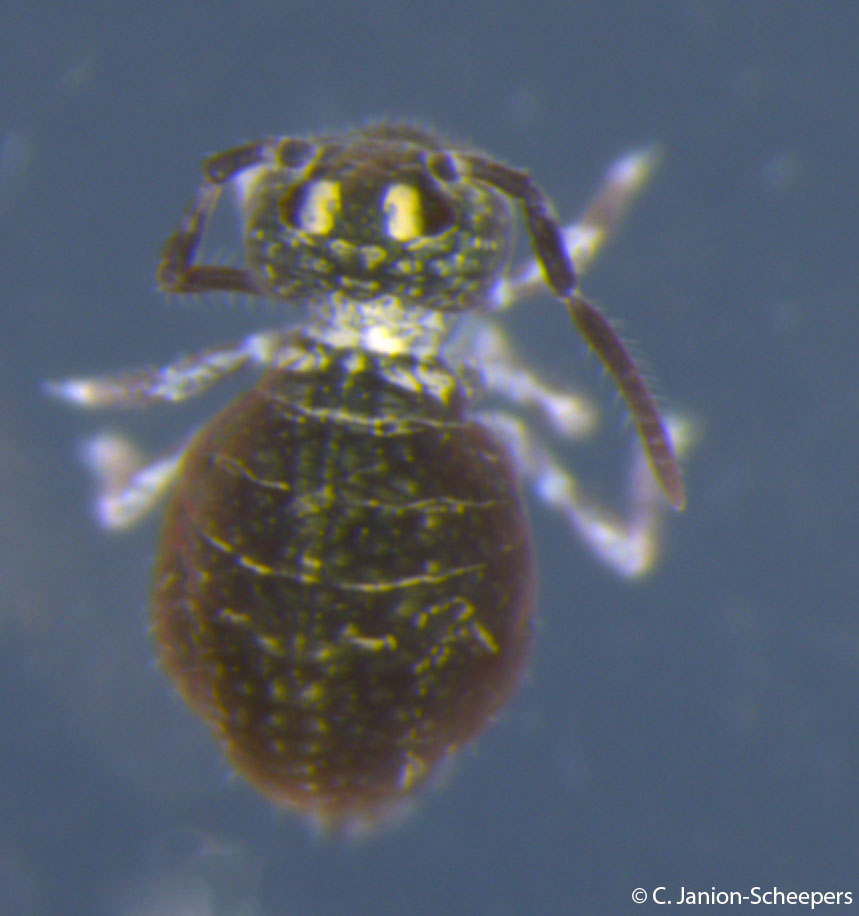 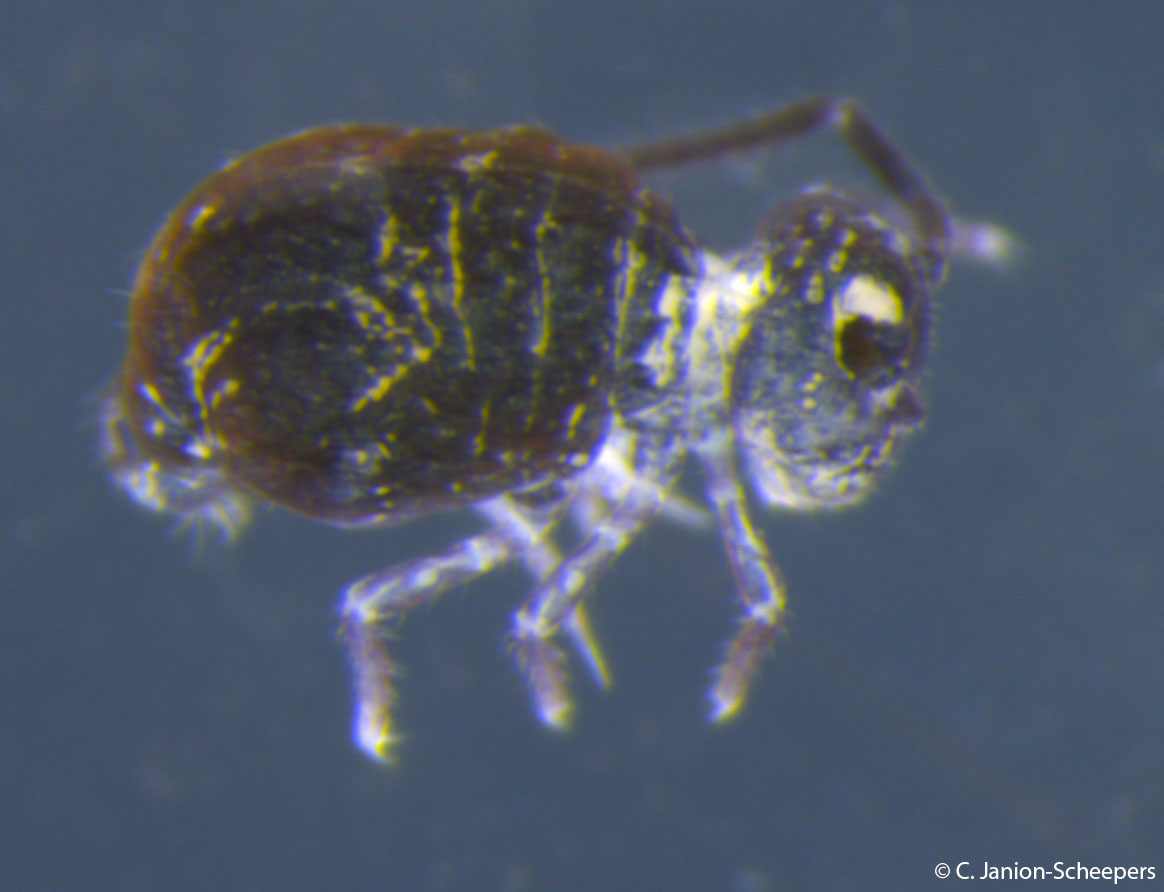 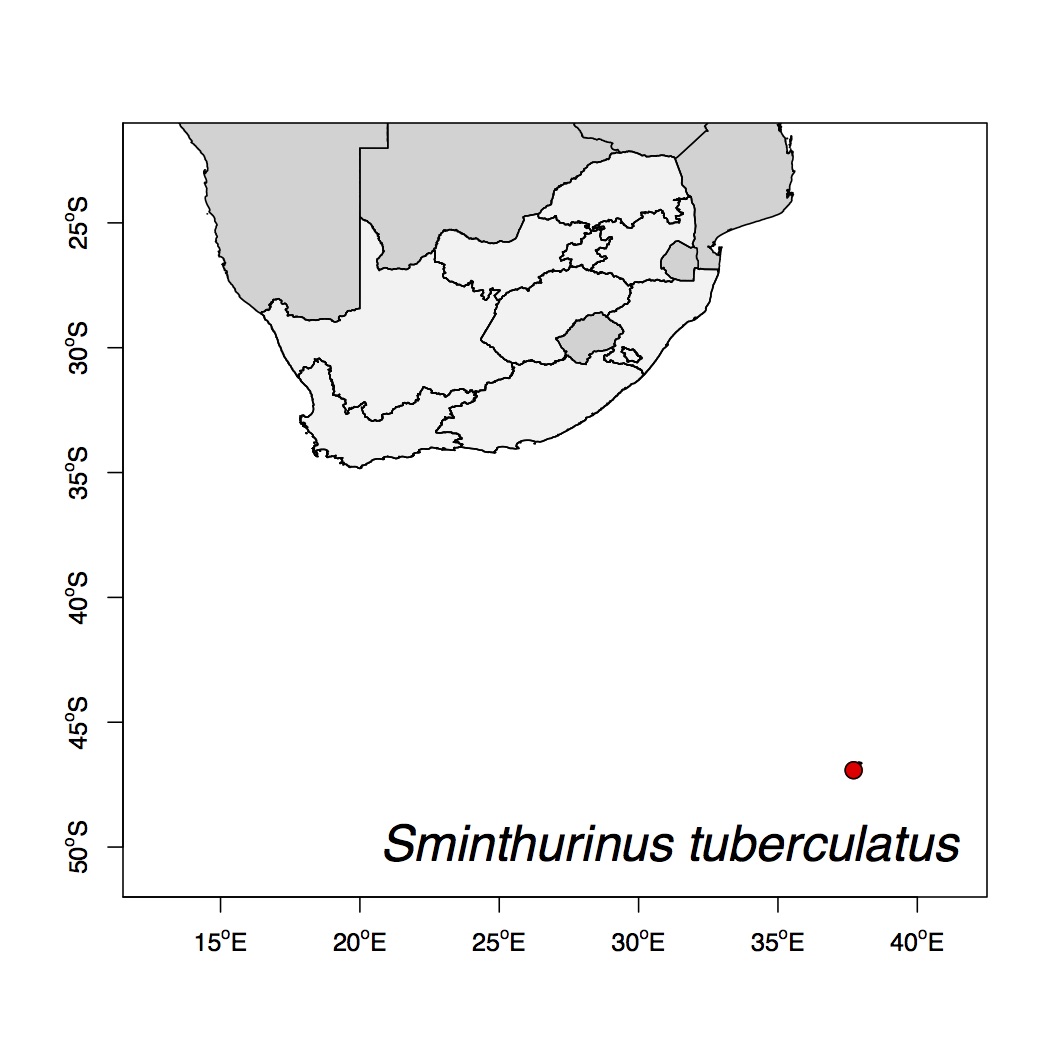