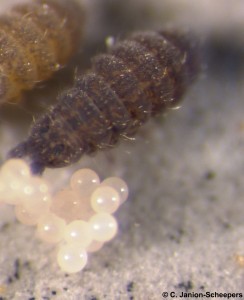 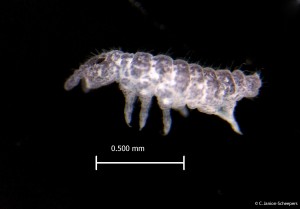 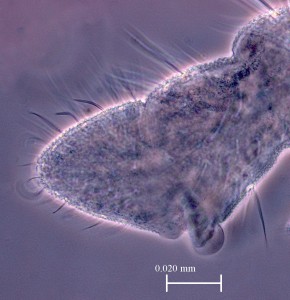 C. denticulata is the only introduced springtail species found both on Marion and Prince Edward Island (Hugo et al. 2006). The time of arrival at Prince Edward is not known, although it may have occurred during visits there during the 1970s and 1980s (Hugo et al. 2006). C. denticulata has a cosmopolitan distribution, encompassing Macquarie Island, South Georgia, Europe, South Africa and New Zealand (Greenslade 2006). On Marion Island, Gabriel et al. (2001) found this species predominantly in organically rich soils, but it is also abundant in all types of vegetation. 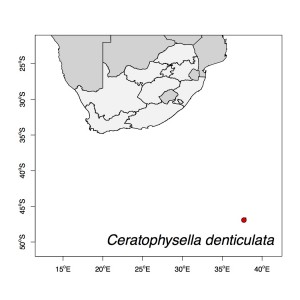